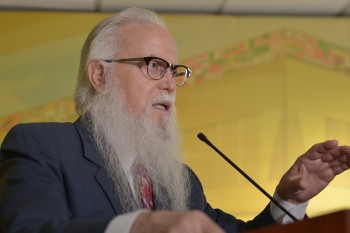 The Crime of Genocide:

According to the United Nations Organization, genocide is known as the “crime of crimes”. It is defined in Article 6 of the Rome Statute by the same terms used in 1948 in the Convention for the Prevention and Punishment of the Crime of Genocide. According to the way it is defined internationally, genocide is “any of the following acts committed with intent to destroy, in whole or in part, a national, ethnical, racial or religious group, as such:

According to the General Assembly of the United Nations, “genocide is a denial of the right of existence of entire human groups.” In order for this international crime to be committed, certain acts must have been perpetrated, which are clearly described as having the intent to destroy, in whole or in part, a national, ethnical, racial or religious group.

The scope of this component has the purpose of determining whether a particular person or State is committing genocide against a protected human group, since the acts of aggression defined in the Rome Statute must be committed with the intent to destroy the group identified as a passive subject.

Given these concepts, and having precisely defined the scope of their reach when it comes to a crime as grave as genocide, heads of States, renowned journalists, opinion leaders, congressmen and political scientists have made unfortunate and unjust accusations against Israel regarding its alleged commission of the crime of genocide that must be dismissed, because by not knowing the international legal framework of the classification of the crime of genocide and by disregarding the context of the circumstances of the Israeli-Palestinian conflict, they distort the truth when labeling Israel as a State that is committing genocide.

In order for there to be a crime of genocide, according to what is stated in the Convention for the Prevention and Punishment of the Crime of Genocide and the Rome Statue, it is necessary that the unjustified commission of certain violent acts be attributed to the clear intention of destroying a specific social group. Based on the definition of this concept, we must ask ourselves: Is Israel denying Palestinians in Gaza the right to exist? Does Israel seek to exterminate this human group, or is it in fact exercising its legitimate right to defend itself against an unjust, indiscriminate attack on its inhabitants perpetrated by Hamas, which is internationally recognized as a terrorist group and is unfortunately part of the Palestinian Government?

According to the Rome Statute, the crime of genocide consists of certain acts which, among others, are described as killing members of a group, committing serious bodily or mental harm, deliberately inflicting on the group conditions of life calculated to bring about its physical destruction in whole or in part, perpetrated with the “intent to destroy, in whole or in part, a national, ethnical, racial or religious group.”

What is stated above makes us reflect on the behavior of the terrorist group Hamas, which is literally holding the Palestinian people hostage.

The apparent disproportion of the magnitude and harm of Israel’s military response (which is a just reaction to the indiscriminate attacks of a terrorist group) should not lead us to disregard the threat that the military arsenal hidden by the Hamas movement in Gaza poses to its citizens. Nor can we ignore the sophisticated tunnels built to raid into Israel, and the use of children, youth and civilians as human shields to make Israel’s military response appear inhumane. These elements of judgment must not be distorted by those who, ignoring the scope of the 1948 Convention and the Rome Statute, are quick to label Israel a State that is committing genocide.

In light of the jurisprudential criteria regarding genocide laid out by the International Tribunals and the UN, which is outlined in Article 6 of the Rome Statute, the acts intentionally committed  by the terrorist group Hamas indeed constitute a genocide against the Palestinian people, because by forcing civilians to remain in their homes despite warnings of attack, they are knowingly “killing members of the group” and “deliberately inflicting on the group conditions of life calculated to bring about its physical destruction in whole or in part”; and by involving civilians and minors in the conflict as militants and human shields, they are “causing serious bodily or mental harm to members of the group.”

Furthermore, if Israel’s intention in its response to the Palestinian attacks were to exterminate those human groups, it would not give previous notice of the launching of missiles through telephone calls, text messages and flyers so that potential victims located in areas specifically targeted by the military can evacuate the premises. In addition, the attack would be indiscriminate and constant, not in response to previous aggressions against the Israeli civilian population. If the members of the Palestinian civilian population do not leave their homes despite warnings, it is because the terrorist group Hamas literally holds them hostage and the leaders themselves force them to remain inside their homes.

The intent to destroy a group is one thing, but the intent to neutralize the threat made by certain members of the terrorist group, as Hamas has been recognized at an international level, is something very different. If all these requirements are not fulfilled, one cannot classify the conduct of Israel as genocidal, as Israel is repelling indiscriminate attacks against its civilian population that are perpetrated by groups which have openly and publically expressed that Israel must be “wiped off the map”, that it must disappear as a group.

In the face of growing military violence in the Middle East, it is necessary to control the verbal hostility and stigmatization of one of the sides as being responsible for a crime as grave as genocide.

Israel is the leading democracy in the Middle East, and as such, it must be protected by the rest of the democratic countries because this would preserve global democracy.

Instead of questioning Israel’s legitimate right to defend itself, political leaders should promote peace in this part of the world. A definite end to the conflict can only be achieved when the world powers unite to disarm the terrorist group Hamas.

In order to solve this conflict that threatens global peace, Israel and all nations that are financially supporting the Gaza Strip must be conscious that those resources are being diverted and used by terrorists groups to foment the genocidal cause of the extremist group Hamas: “to wipe the State of Israel off the map.”

Global Embassy of Activists for Peace